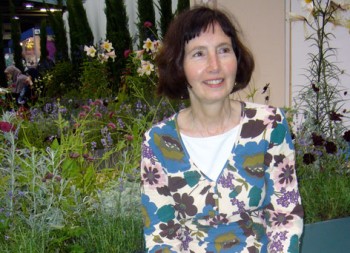 Emma Clark has been working as a garden designer specialising in Islamic gardens since 2001 when she completed a course at Capel Manor College (Diploma with merit in Garden Design).

Her first degree (Joint Honours B.A., 2:1) was in History and History of Art at University College, London. Then, after several years working at Christie’s as a specialist in Oriental, Islamic and European textiles, she returned to higher education at The Royal College of Art, where she received an M.A. with distinction (1990) with her thesis on the Symbolism of the Islamic garden and garden carpet, later edited and published as a monograph, ‘Underneath Which Rivers Flow, The Symbolism of the Islamic Garden’ (See ‘Publications’).

She finds her knowledge and visual memory of Islamic and eastern textiles is useful and inspiring when designing gardens as well as when lecturing and writing on Islamic art and architecture. She worked with the renowned Egyptian architect, Abdel-Wahed El-Wakil  for a year after leaving the Royal College of Art in 1990 where she learned valuable lessons in the interpretation of traditional design principles in the contemporary world. 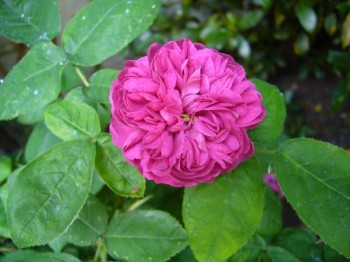 It was during her time at The Royal College of Art, under the supervision of Professor Keith Critchlow in the department he founded, Visual Islamic and Traditional Art (VITA), that she developed her love, not only of traditional Islamic art, architecture and gardens but also the art of all the world’s great sacred traditions. Understanding that there is a universal source to them all – the heavenly world of Platonic archetypal form – was a revelation and has inspired and informed all of her work ever since.

Here, she met the former Keeper of Oriental Manuscripts at the British Museum, the late Dr. Martin Lings, author of many remarkable books including several on Sufism. (See The Matheson Trust under ‘Contact/Links’) This meeting was a turning-point in her life and in 1990 Emma became a Muslim. Understanding the art of Islam from ‘within’ – and by extension all of sacred art – has helped her tremendously in her approach to design in general as well as Islamic gardens in particular.

In practical terms, Emma’s aim is to translate an understanding of the sacred symbolism of the Qur’anic Gardens of Paradise (jannat al-firdaus) into beautiful and contemplative gardens which both respond to her clients’ wishes as well as to the surroundings of a specific site. This understanding also informs and inspires the design work of all of her gardens, not only the more specialised ones within the Islamic tradition.